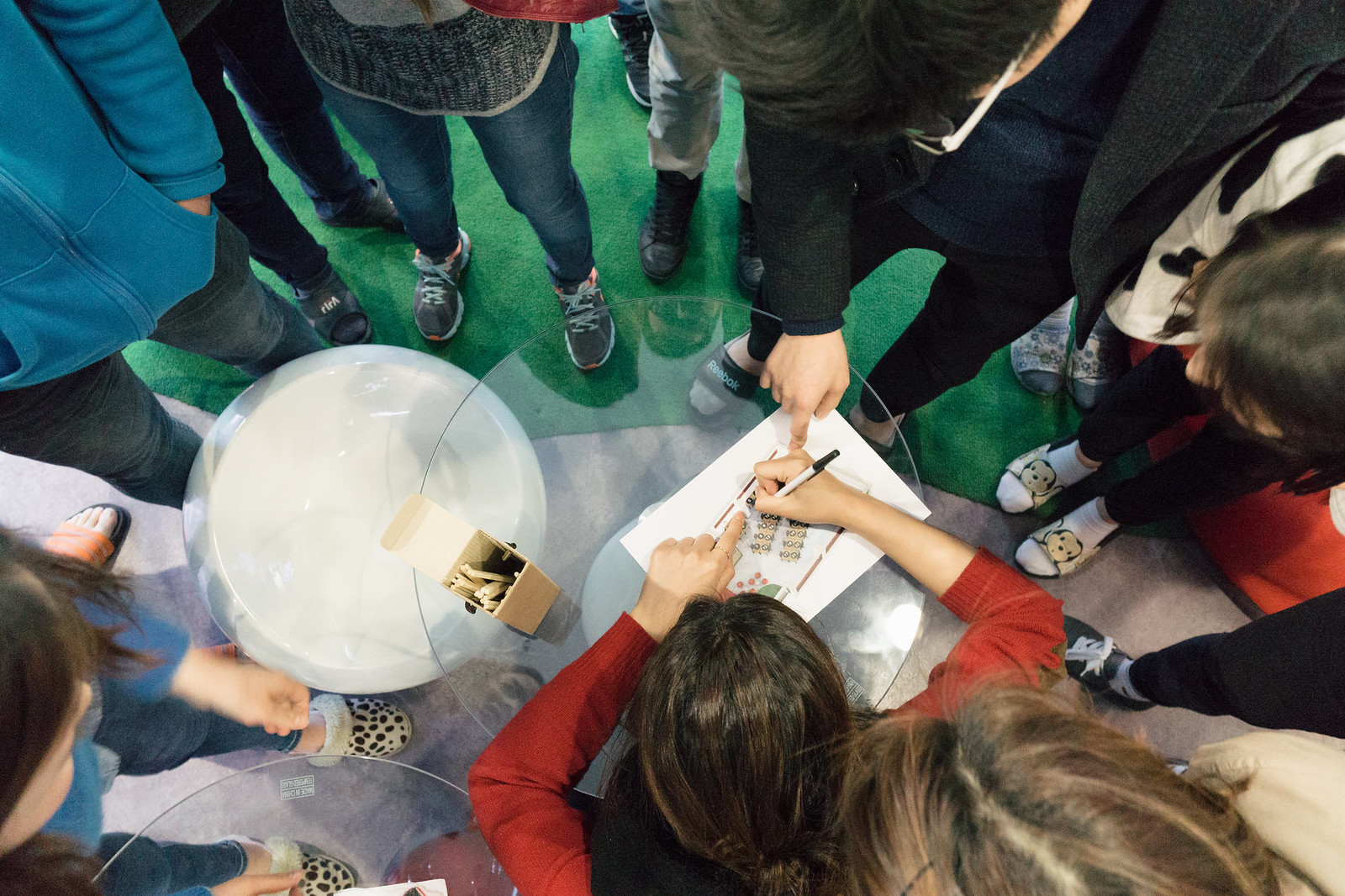 When you think of an office, you would probably imagine an office with cubicles of different departments with assigned seats. To go against this idea, Buzzvil has been changing seats bi-monthly with the intent of invigorating the office ambience and understanding what other teams’ members do. At its early stage, Buzzvil used to seat together members from the same team as most of other companies do. But not long after did we realize that simply seating each team together did not necessarily lead to higher work efficiency and rather hindering deeper understanding about different roles, adopting this new random seating system. In few weeks after the introduction of this system, its intended effect started to materialize. This has helped boost seamless cooperation between members with different specialties.   We arbitrarily decide the seats by lots and we use a set of disposable chopsticks with unique seat numbers written on top of each as the lots. We put them deep in a narrow long box so that no one can see the numbers and each Buzzvillian go pick one. On the last Friday every other month, all the Buzzvillians nervously and thrillfully gather near the whiteboard on the red wall and wait for their turn. They can’t hide their nervousness about where their luck will lead them for the next two months. Right after people find out what their pick was, both shouts out of disappointment and sighs of relief fill the air.   The worst case all the Buzzvillians want to avoid is taking the seats closest to the office’s entrance. Those seats are called “parcel seats” since all the parcels and packages are delivered to those sitting close to the entrance. What’s worse, as winter is getting close, the closer to the entrance, the colder. Luckily enough for all other Buzzvillians and unluckily enough for them, our both co-CEOs, John and Young will be seated on those “parcel seats” for the next two months. Again, only the luck decides everything and this is no exception even for CEOs.   In the beginning, we adopted the random seating program that is commonly used in Korean primary schools. Sophie, who used to work as a primary school teacher before joining Buzzvil suggested and offered the program. But to maximize thrill and nervousness of random seating, we switched to something tangible: disposable chopsticks. Whether satisfied or disappointed, everyone enjoys the thrillful yet refreshing moment, recalling the thrill of random seating back in their primary school years.